Our company started manufacturing nibs for fountain pens and pen accessories in 1950. It specialized in hanger clips and hooks in the early 1980s. The excellent quality of our products and processes immediately made us an industry standard in Italy and in the world.

Our product offering includes all types of hooks and clips in different shapes, lengths, threads, and surface treatments. We want to meet the demands of all our customers and develop products that increasingly meet their needs.

On the strength of our experience and driven by our will to improve and innovate, several metal accessories for clothes hangers have recently been added to the traditional product range.
Our technical know-how has also allowed us to develop new ranges of items for coating, farming, and home.

All our products are made at our 6000 square meters facility in Gambugliano, in the north-east of Italy. With many machines working and bending steel wire and strip, as well as several hardening and galvanizing lines for the surface treatment of our products, we can guarantee a complete, efficient service.

Our flexibility, along with high manufacturing standards have made us a leading manufacturer of metal components across the world.These years’ experience, the expertise and professionalism of all the staff at Cegalin S.R.L. are the building blocks of our success and of the satisfaction of our customers.

To be recognized as reliable suppliers of quality products that always meet our customer needs with a fast, efficient service.
To study and develop new solutions in collaboration with our customers. To share goals and information in order to provide increasingly competitive services and products that meet the needs of the market. 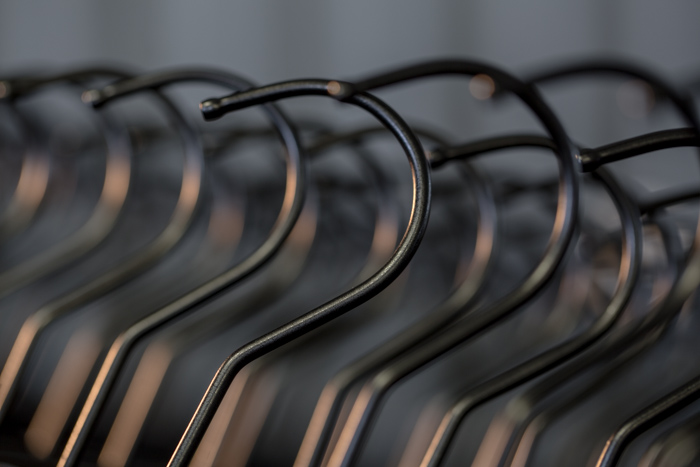 company was set up

tons of material transformed every year

countries we export to

Brothers Giobatta and Giuseppe Cegalin set up Cegalin S.R.L. in 1950 with the idea of being an Italian manufacturer of nibs for fountain pens.
With that idea, over the years, the company became the official supplier to all the best manufacturers of pens, both in Italy and in Europe.

The company immediately specialized in forming metal components. When Leandro Cegalin, Giobatta’s son, joined the company in 1975, he had production expanded to include more quality products, such as clips for pens and garment seals.

The turning point was 1980, when the company started manufacturing clips for hangers and, in 1994, hooks.

1981 saw the business move to a new location. It was right at that time when Cegalin S.R.L. developed and perfected what is its core business today. The acquisition of Nuova Commensoli S.R.L. in 1996 and Fascor S.R.L. in 1999 also marked a new phase of growth and enlargement. The success achieved in those years consolidated us as one of the leading suppliers of metal components to the garment industry worldwide.

The continuous enlargement of production made Cegalin S.R.L. move to the actual 6000 square meters facility at the beginning of the new millennium.

The great success achieved with hanger accessories did not stop our creativity and spirit of innovation, which have driven the company’s product line diversification strategy over the past years with coating and farming hooks, and wire and strip steel products.